Estate Planning: We Dread It, but We Gotta Do It

Does the thought of estate planning give you heart palpitations? You’re not alone. No one wants to think about what happens when we’re gone, especially when it comes to who will take care of our kids (and how). Former estate attorney and current Assistant Attorney General Brianna Davidson Jarrett will gently show us why estate planning doesn’t need to feel impossible to tackle, and why we absolutely have to do it. She’ll cover the most important steps to take and what questions to ask your attorney so you can walk out knowing exactly what you need to do and feel in control.

(If you can't attend our live event, RSVP anyway to be added to our email list where we'll send a recording of the discussion along with a recap of the highlights!)

Once you register, you will also receive our weekly newsletter with expert-driven info on the topics that matter most.

Get a Head Start

Learn about creating a trust

Part of your estate planning may include setting up a special needs trust, which sets aside funds for your child to use without affecting whether they can qualify for government benefits. Read up on the basics to see if this would be helpful for your family. 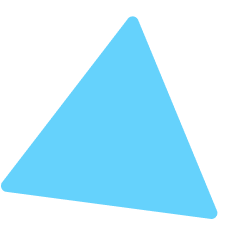 Plan your taxes along with your estate

Are you taking advantage of all the tax breaks and credits available to your family? The savings add up, so learn about the resources that may apply to you.

Set your children up for long-term success

We can approach our kids' futures with inspiration, creativity, curiosity, and thoughtfulness. When you're thinking about making long-term plans for your child's care, consider community resources.

Brianna is the mother of three children, one of whom was born with disabilities. She lives in a suburb of Maryland with her husband, kids, two dogs, three cats, and two rotating nurses who assist with the care of her son. She is skilled at fitting a wheelchair in the back of her minivan, loves cooking and accidentally killing flowers in her garden, can manage two children under the age of 8 without wifi during their sister’s dance practice, and can get a pulse ox on almost anyone.

Brianna earned a bachelor’s degree in social work from Messiah College in 2007, and then pursued a Juris Doctor at Widener University, where she served as the editor-in-chief of the Widener Law Journal, and graduated magna cum laude in May 2010. After her admission to the Maryland Bar in December 2010, she became a practicing attorney, later Principal Attorney in 2018, and was named a Rising Star by Super Lawyers Maryland. In 2022, Brianna accepted a position as Assistant Attorney General with the Maryland Office of Attorney General. She has served on the Ethics Panel for Baltimore City Public Schools since 2016 and is dedicated to public service in the community.